Home Travel Croatia In Which I Take a Pee Break, and Geni Hits on a Table Full of Young Men

In Which I Take a Pee Break, and Geni Hits on a Table Full of Young Men 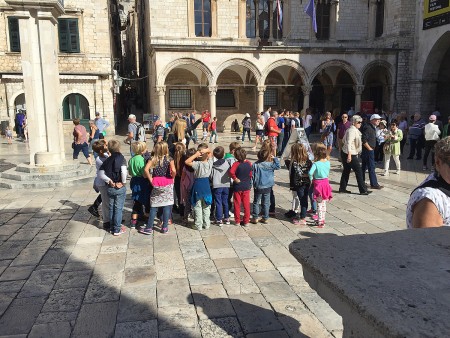 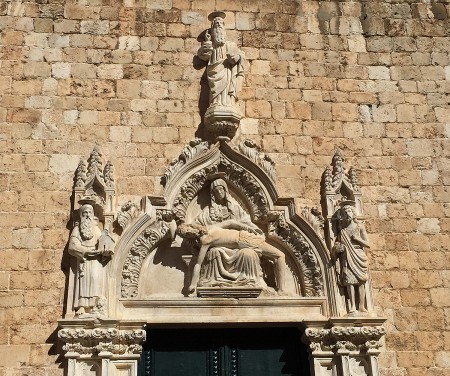 Did you know that little kids form tour groups and they are no different than American kids on field trips? The boys poke each other to try to get a wrestling match going, and the girls at the end of the line have whispered conversations when the teacher isn’t looking.

They’re touring a UNESCO World Heritage site that is in their home town, and they manage to not notice the 1000 tourists, even though they are all looking at the same sculpture above a random doorway. There are dozens of such sculptures, but that one gets all the attention. I’ll have to join a tour group to find out why.

We found them in Split. A wonderful woman singing love songs in languages we couldn’t understand, accompanied by an excellent guitar player.

Again in Split, but we were already in bed and only discovered them by the sounds through our windows. We were dead tired and didn’t want to put our clothes back on so we could get drunk with a bunch of 20-somethings singing in Croatian.

We found them in Dubrovnik. One restaurant has live jazz every night. We became the 23rd and 24th members of the audience, and then the sax sounds wailing down the alleys brought in another 10 or so to stand behind us to listen and clap. 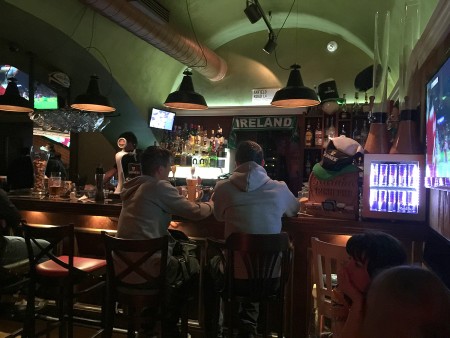 Where are the rowdy young men and women?

We missed them in Split, probably because we went to bed too early. We found them in Dubrovnik. The happening place was an Irish pub, Pub Karaka, with the most fashion-forward bathroom I’ve ever seen in anything related to the culture of Ireland.

Finally, instead of sedate taverna fun, people were having loud bar fun. Futbol and Rugby were the featured TV broadcasts. We heard at least six languages going on. That’s when it happened.

Yep, I took a pee break and came back to find Geni hitting on a table full of Croatian waiters just off work. Boy did they think the wild and crazy American woman was fun. 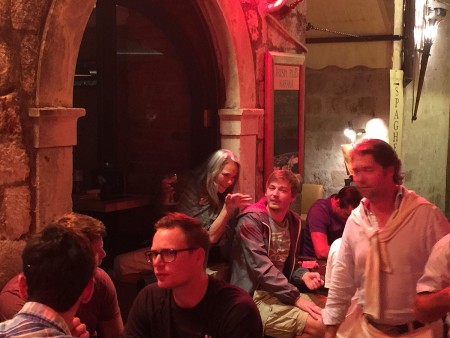 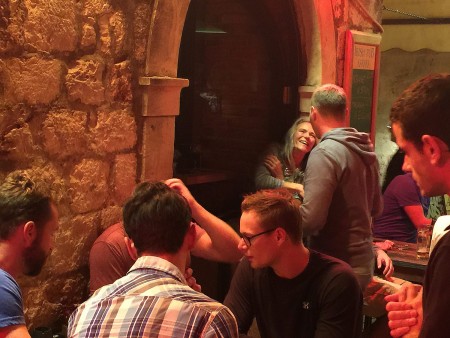 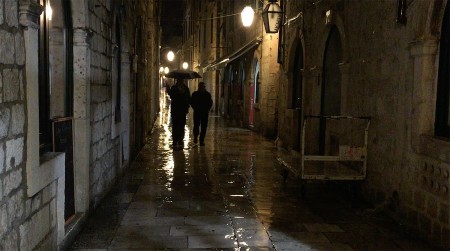 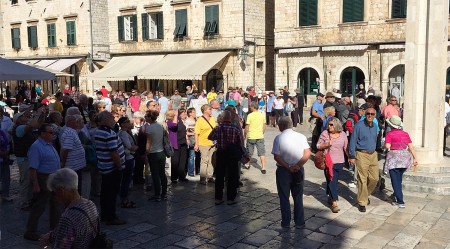 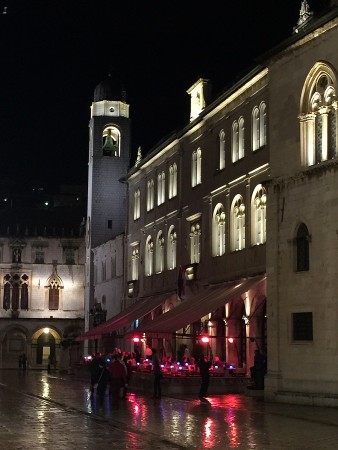 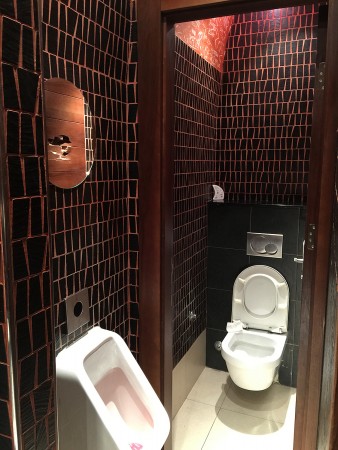