Home Travel Greece Santorini One: Aphrodite Brings the Hammer of Beauty and Pulls a Fast One on Zeus and Christianity

Santorini One: Aphrodite Brings the Hammer of Beauty and Pulls a Fast One on Zeus and Christianity 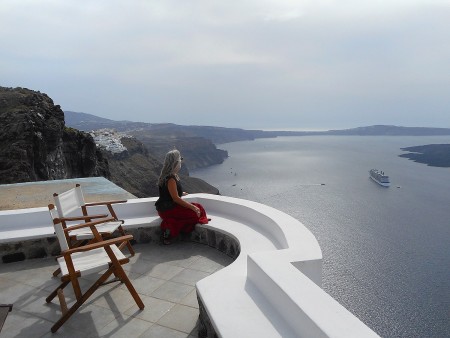 We’ve had calendars featuring the Islands of Greece on our kitchen wall for decades. We read the captions every month, but the names really had no significance for us. The calendars were pretty pictures that we stopped seeing but they were great for keeping track of family and friend birthdays.

We thought we knew all about Santorini from the pictures and from the videos we’d watched during trip prep. But, as we’ve discovered during our journey, pictures don’t come close to capturing the actual place. They are mere teasers and, sometimes, lies.

We stepped onto the upper path of Santorini in the village of Imerovigli and it was as if Aphrodite had reached up into the Norse kingdom and borrowed Thor’s hammer to pound the thin shell of our “understanding” of the meaning of Beauty into billions of glittering pieces that fell down the cliff and disappeared under the caldera waters.

We were rocked back on our feet as our minds were forced to adjust to the realization that Beauty was bigger than we knew.

The whitewashed homes of barrel vaults, cubes, arched doorways, shuttered windows, open patios, wide terraces, quiet caves, and uneven stairs that stepped down the cliffs toward the water 350 meters below had been built as protection against pirates of the Middle Ages, as protection against strong summer winds, as comfortable spaces in heat as well as cold. But as villages on a mountain, created by human hands, they had transcended, by the process of people building homes (and tourist hotels) to a level of Beauty we’d never experienced before. 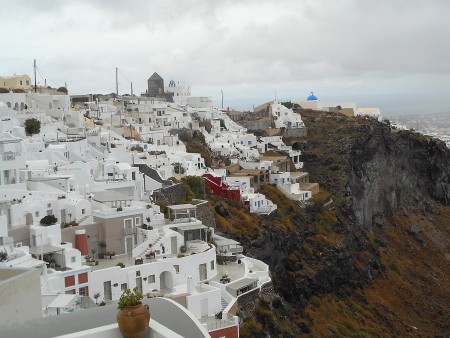 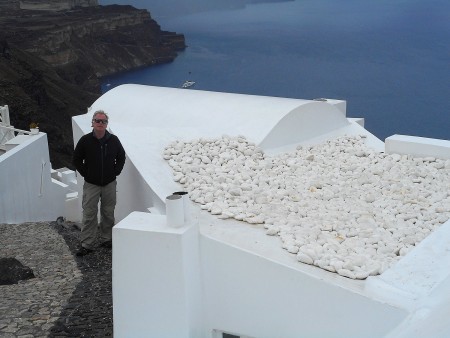 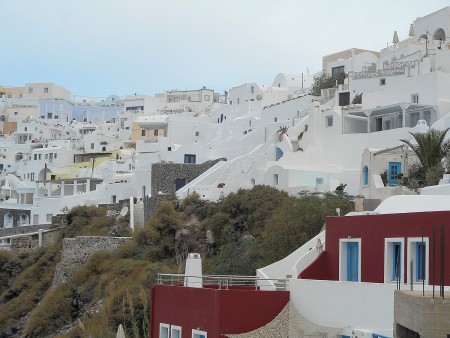 I realize my words often must seem pretentious and overblown, filled with hyperbole and sentimental hogwash. But as Plitvice Lakes in Croatia eclipsed all previous scenes of natural wonder I’d ever experienced, Santorini took the expression of human shelter into a completely new realm for me.

The villages of Santorini go way beyond shelter and beyond pretty places for tourists to drink wine and photographers to gather content for calendars. They are like history’s most important paintings, musical compositions, dance pieces, and scientific discoveries. 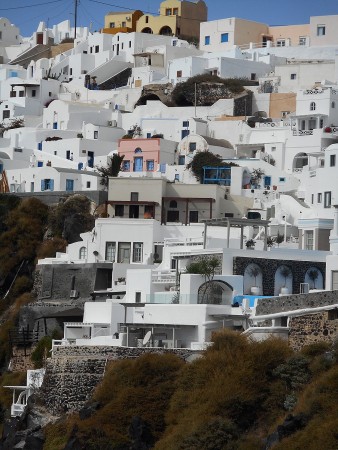 We arrived after the finish of tourist season. Most of the restaurants and hotels were closed. The rental villas were shuttered. We stood on our terrace and looked out at thousands of patios and saw only a few people. But there was enough movement to quell any thought of “ghost town.”

It’s possible that my rush of sensation regarding Beauty had been made possible because, instead of the noise of thousands of loud-talking Americans, we’d only heard the sound of the wind swirling around the stairs and cubes. But I don’t think so.

I’m traveling these countries with the Doors of Perception as wide open as I can make them without the use of drugs other than beer and wine. I wasn’t high. Aphrodite did an end-around Zeus, and she is still alive in the era of Christianity. She had to have been sneaking into the dreams of the citizens of Santorini for hundreds of years. She smacked me upside the head. Fine with me. 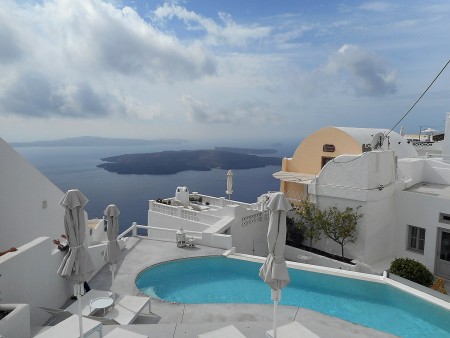 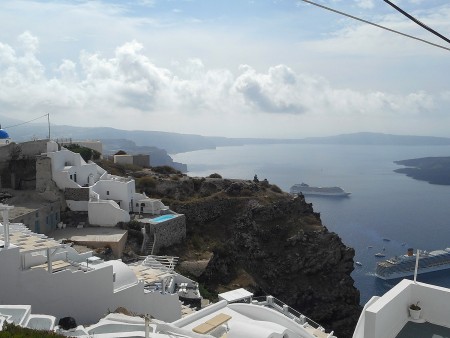 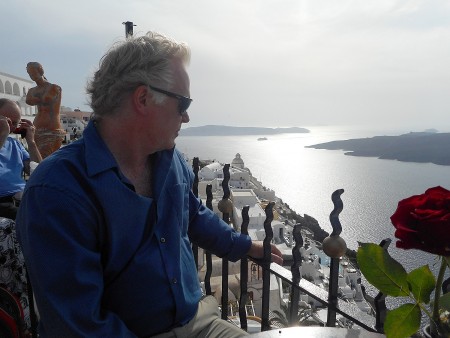 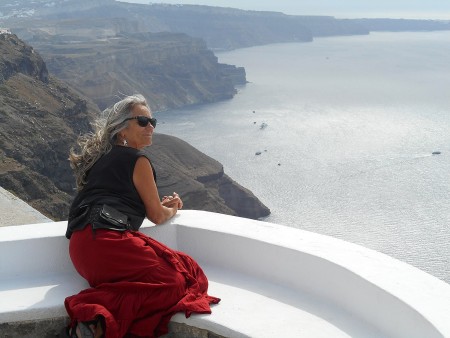 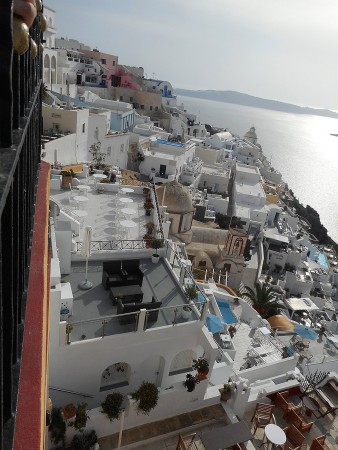 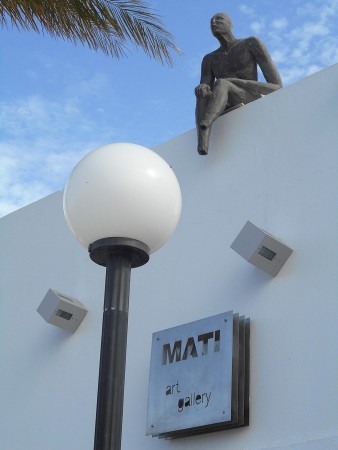 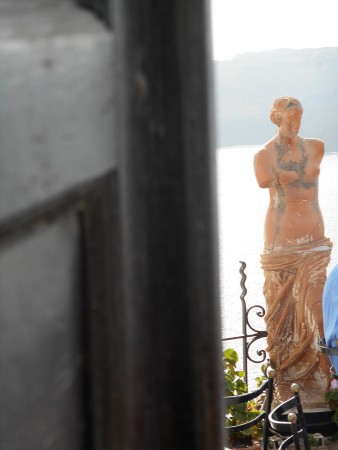 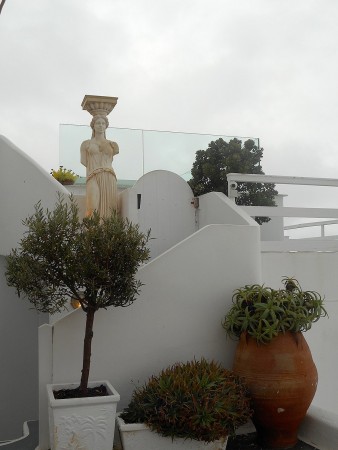