Home Travel Croatia The Math is Hurting My Head

The Math is Hurting My Head 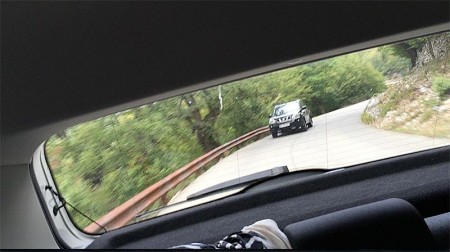 Basic math: addition, subtraction, multiplication, division. No problem. Geometry? Piece of cake. Algebra? Now you’re making me think. Calculus? Give me a book and I can get something done.

But we don’t need any of that any more, do we? Especially if you were born after 1980 or so. The cash register tells the clerk, and you, what your change is. No subtraction required. You’re either using H&R Block for your taxes, or the accountant at work used software to print out your checks and you threw away the stubs and you wait for the refund check to come from the IRS.

The last time you did math was when you got a new car and you were excited to find out what your miles per gallon was. Then you discovered that it was actually worse than your last car. But you didn’t get mad at Ford Motor Co. for your overpriced vehicle or mad at Congress for lame mpg laws. Nope, you decided you were right all along: math sucks and you weren’t going to do it anymore.

Then you decide to travel in countries that don’t know what an inch or a mile or a lb is. 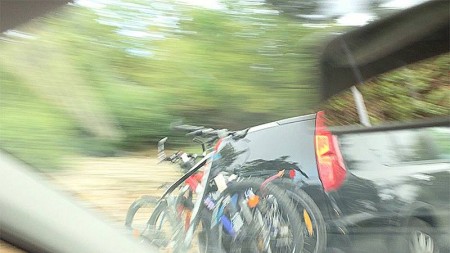 “Holy Shit! Did you see that guy? I’m going a 100 and he passed us like we’re a rock in the road. He must be going 130 or 140!”
“Okay, calm down, we’re in kilometers per hour remember.”
“Yeah, but still, it feels like we’re flying and everybody is passing us, even some trucks.”

(It just feels like flying. I think they put the little road reflectors closer together here, therefore the subliminal tick-tick-tick out of the side of your eye makes your raised-in-USA driving brain think you’re breaking the speed limit by a lot and yet the crazies here drive their little VW Golfs like they own Lamborghinis. Okay, lots of Benzes and Beemers too. Now that I think about it, we haven’t seen a beater, POS car yet. Everything looks new and well taken care of.) 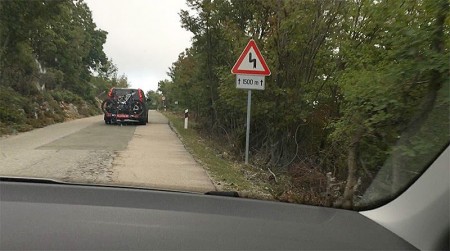 Their timing is impeccable and the best thing to do is maintain your speed. Don’t brake, don’t accelerate. Become the rock that they stream around.

So, shit, now I’ve gotta do the math. 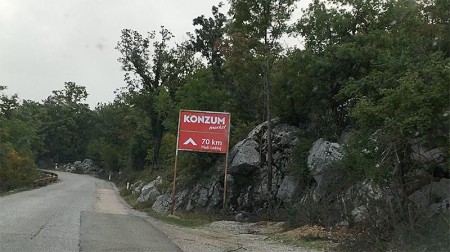 At first we broke out the smartphone and ran the calculations on everything. KPH to MPH, Kuna to Dollar, Kilometers per Mile, Euro to Kuna to Dollar. Now we’re starting to generalize: 100 of this equals whatever of that. That’s making things easier and my head has stopped hurting. 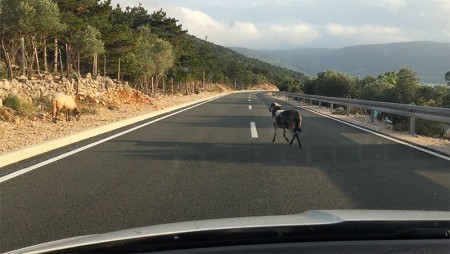 One of these days we’re going to forget the whole thing and we’ll simply be part of the local vibe. We’ve realized that people aren’t trying to rip us off unless we’re stupid enough to go into the obvious “come here you stupid tourist” joints. There isn’t a rate for locals and a different rate for tourists. If you’re a dumb enough local to go into a tourist restaurant, they’ll charge too much for your wine as well.

We’ve been tracking money-spent-daily and the average is dropping, therefore our innate version of math is beginning to kick in. Go us!